LNG carriers are very large and specially designed to transport liquefied natural gas. Some of the proposed LNG projects would introduce Q Max carrier ships to the coast – nearly 350 meters long, the scale of proposed LNG carriers in this region would be unprecedented. They raise a number of key concerns, such as introducing foreign ballast water to local marine ecosystems, and closure of marine waterways near coastal ports.

The proposed LNG shipping routes are similar to those proposed by Enbridge’s Northern Gateway project – LNG carriers would navigate out of the Douglas Channel (or ports in or near Prince Rupert), through the Hecate Straight, and around Haida Gwaii via Queen Charlotte Sound or Dixon Entrance. 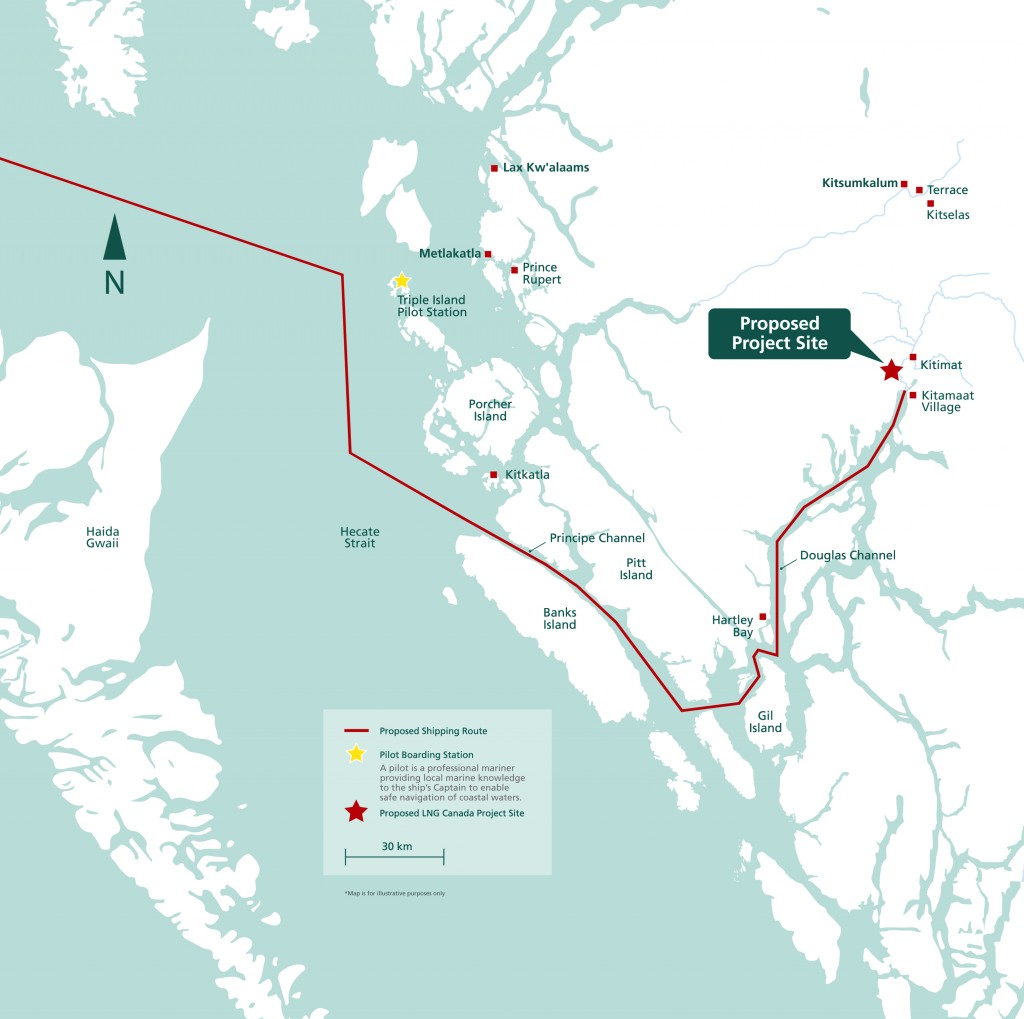 LNG carriers arriving and departing from the LNG facilities would force local waterways to close to marine traffic, sometimes for hours at a time. In coastal communities reliant on marine waters for fishing and recreation, limited access is a real concern for local livelihoods and lifeways.

LNG carriers represent a considerable increase in tanker traffic along the coast. The risk of vessel strikes and increase in ocean noise levels are of concern to whales and other marine mammals.

The company, Petronas, expects to bring 220 LNG carriers to its facility in Port Edward each year. In this information sheet, the company reports that LNG carriers have a safe transportation record, and Petronas has safely carried nearly 350 million tonnes of LNG in the past 30 years.

To date, there are no comprehensive reviews or analyses of LNG carrier traffic or LNG facilities on northwestern marine ecosystems and local marine traffic.