There are two main concerns about the impact LNG development could have on salmon: the proposed site of the Petronas facility on Lelu Island in the Skeena Estuary and the acidification of waterways due to increased nitrogen oxide emissions.

The Skeena River Estuary near Prince Rupert, where Pacific Northwest LNG has proposed an export facility, is essential salmon-rearing habitat. Millions of salmon smolts adapt to the saltwater environment in the eel grass beds of Flora Bank. Scientists have classified this area as the most critical for Skeena salmon survival, noting how extremely delicate this ecosystem is.

Watch this video to learn more about new research that warns of the threat LNG poses to this critical salmon habitat:

Skeena River Estuary - Heart of the Skeena from SkeenaWild on Vimeo.

In 1973, a superport was proposed for the Skeena Estuary and later rejected due to a Department of the Environment - Fisheries Service study that concluded, “The construction of a superport at the Kitson Island - Flora Bank site would destroy much of this critical salmon habitat.”

Petronas proposes to build their facility on Lelu Island with a 2.4 km trestle across Flora Bank to load LNG carriers (see map below that illustrates the location of the Pacific Northwest LNG facility and Flora Bank). Local residents have raised concerns about the impact this facility would have on salmon habitat.

There would be a significant increase in nitrogen oxide emissions if the gas were burned to power the LNG facilities. When combined with water vapour, nitrogen oxide contributes to acid rain. Acidification of waterways is of concern for salmon, steelhead and rainbow trout habitat. 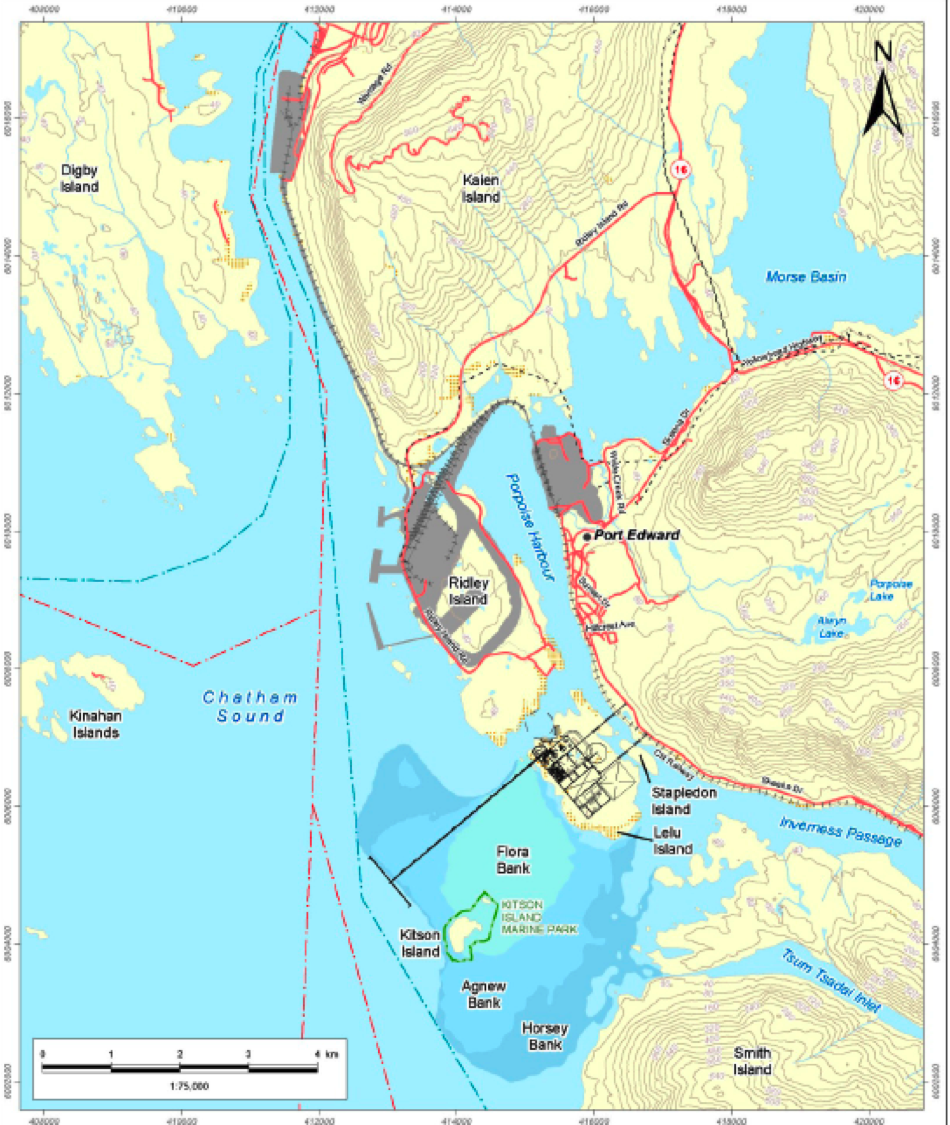 Biological Assessment of Fish Utilization of the Skeena River Estuary

This study was conducted in response to port developments proposed for the Skeena Estuary in the early 1970s. It assessed the significance of the fishing industry to the community of Prince Rupert and the negative consequences of superport construction to local fisheries.

The authors outline the complexity and delicacy of estuary ecosystems and conclude that, “Inverness Passage, Flora Bank and De Horsey Bank, in that order, are habitat of critical importance for the rearing of juvenile salmon.”

This report documents the results of a field sampling program that was done in 2013 to better understand the abundance and distribution of salmonids in the Skeena Estuary.

It found that the Skeena River estuary, including the proposed development footprints, support diverse and abundant juvenile salmon, and that pink, chum, sockeye, coho, and Chinook smolts occupied these areas continually from the middle of May until at least the beginning of July.