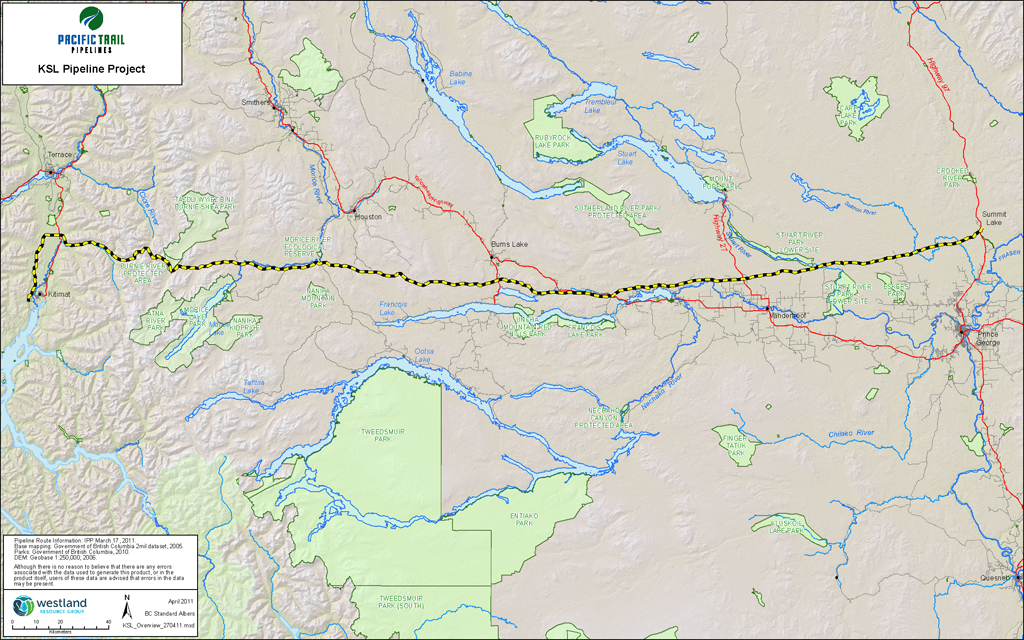 The Pacific Trail Pipelines is a 36” diameter pipeline proposed to transport 1.4 billion cubic feet per day of gas from Summit Lake near Prince George to the Kitimat LNG facility. It received environmental assessment approval in 2008. The proposal has not secured overseas buyers or reached a final investment decision. Clearing of the pipeline corridor is in progress.

In the summer of 2014, 50/50 partner Apache pulled out of the Kitimat LNG, highlighting the uncertainty of global gas markets. In December 2014, Woodside Petroleum purchased Apache's stake, indicating some stability for the project.

Summit Lake near Prince George to Kitimat via the Morice River

Participate:
There are currently no events or public comment periods for this proposal.

Find out more about the environmental assessment for the Pacific Trail Pipelines.